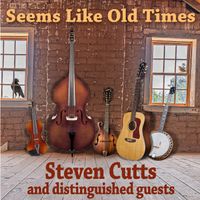 Roots music was and is influenced by the music of the church.  I tried to echo a bit of that tradition in this . . . even though the salvation proclaimed here is not from a divine source but rather from the power of human relationships in community.

Once again, Cathy had suggestions that significantly shaped this recording.

Every life meets its own share of sorrow; everyone has burdens we bear.

But every time I’ve been weighed down with worries, I have been saved from despair.

I was wrapped in a quilt of salvation, a patchwork of family and friends,

Stitched with strong threads of relations, a length and a width without end.

This comforter draped ‘round my shoulders kept me from feelin’ so low.

I was bundled up warm against a cold, cold world;

I was led through a garden of redemption tended by neighbors for me,

Its colors a cheerful sensation; its fragrances hung on the breeze.

As I trod the paths of this Eden when life had exacted its toll,

Bore blossoms that made me feel whole.

I was nourished at a feast of revival welcomed by guardians and saints.

Their deep, sweet concern was so vital when I had been feelin’ so faint.

I sat at the head of their table tasting from all they shared.

I regained my strength in some hard, hard times.

There could not have been better fare.

There could not have been better fare.